You play the role of captain Ashley S. Nowak – you are the Riftbreaker, an elite scientist/commando inside a powerful Mecha-Suit. Enter a one-way portal to Galatea 37, a distant planet at the far reaches of the Milky Way Galaxy, with the purpose of building up a base that will allow travel back to Earth and further colonization. Ashley’s Mecha-suit, which she calls “Mr. Riggs”, can withstand the harshest environmental conditions and has a full range of equipment for base construction, resource extraction, gathering specimens and of course – combat. It is capable of traveling through rifts that connect space across vast distances.

Your task is to construct a two-way rift back to Earth. It is a very complex invention and requires enormous amounts of energy. Simple solar collectors and a few tons of steel will not be enough. You will need to build up a complex chain of mines, refineries, powerplants and research facilities to complete this mission.

Your presence on this planet will not go unnoticed. As you build up your industry and disrupt the natural order, the world will start seeing you as a threat. Build up your defenses. Construct walls, barriers and defense towers as the attacks get stronger with every passing day. You will face thousands of hostile creatures trying to eliminate your presence.

Galatea 37 is an unknown planet in the Sycorax belt of the Milky Way galaxy. Long distance surveys detected that it is inhabitable and perfect for colonization. The planet is full of rare minerals and substances that can be found in various locations around the globe. Varied biomes can surprise you with unknown fauna and flora as well as harsh weather conditions. Construct local outposts in resource-rich locations that will transport the required resources using rift technology.

Take on an epic journey across all the different biomes of Galatea 37. You will establish multiple persistent bases across the globe that will fuel your economy. Research alien substances and lifeforms, as well as fight hordes of alien creatures, clearly not happy with your interference in the natural order of the planet. The campaign spans multiple hours and offers a remarkable degree of freedom in a super detailed, procedurally generated world. You can decide on the order of your priorities and what technologies you want to use. You’re the only human there, after all.

Your mission is to survive a set amount of time, fighting off increasingly difficult waves of enemy creatures. Each mission in the game is randomized, offering nearly endless replayability.

If intense fight for survival is not your thing either, then try out the Sandbox mode, where we give you control over the entire game – including resources, enemy spawns, and weather conditions.

The Riftbreaker™’s gameplay can be customized to fit your playstyle. You can change the frequency of enemy attacks as well as their strength and numbers, resource abundance, weather events, enemy damage, and tons of other settings. There are also multiple difficulty presets to suit the needs of both hardcore strategy players as well as those that want a laid-back base-building experience.
Edit
Click here to show the images 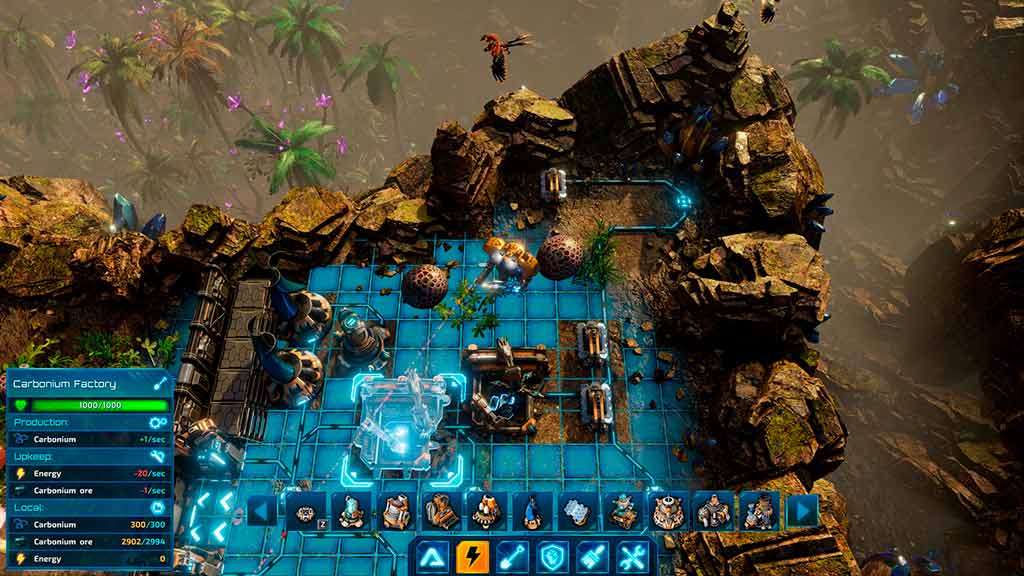 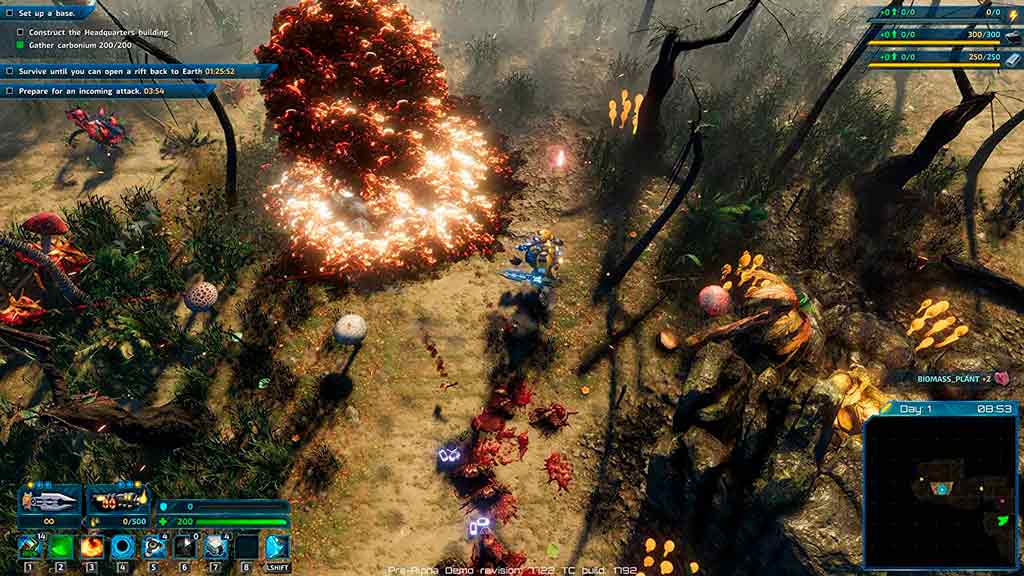 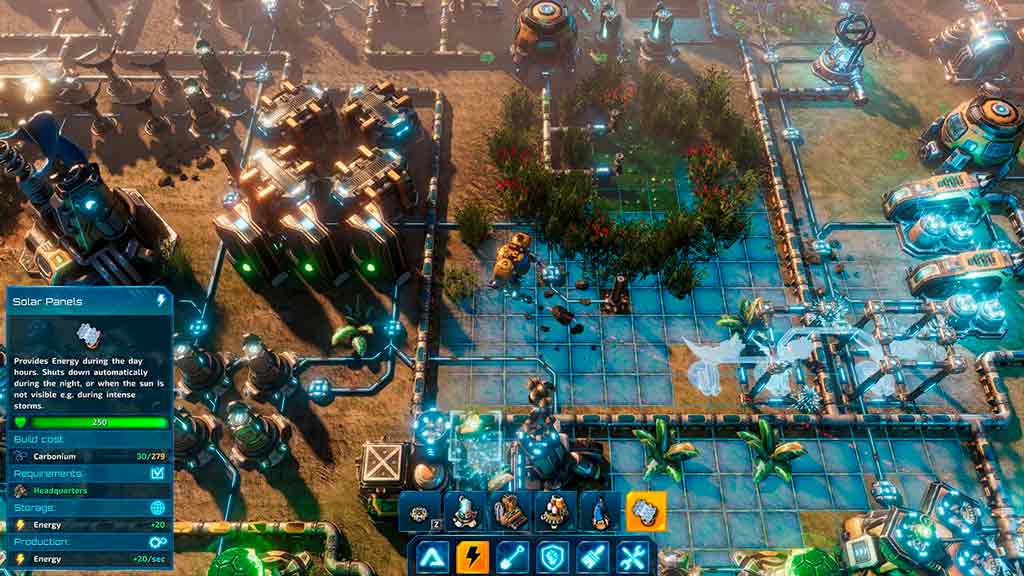 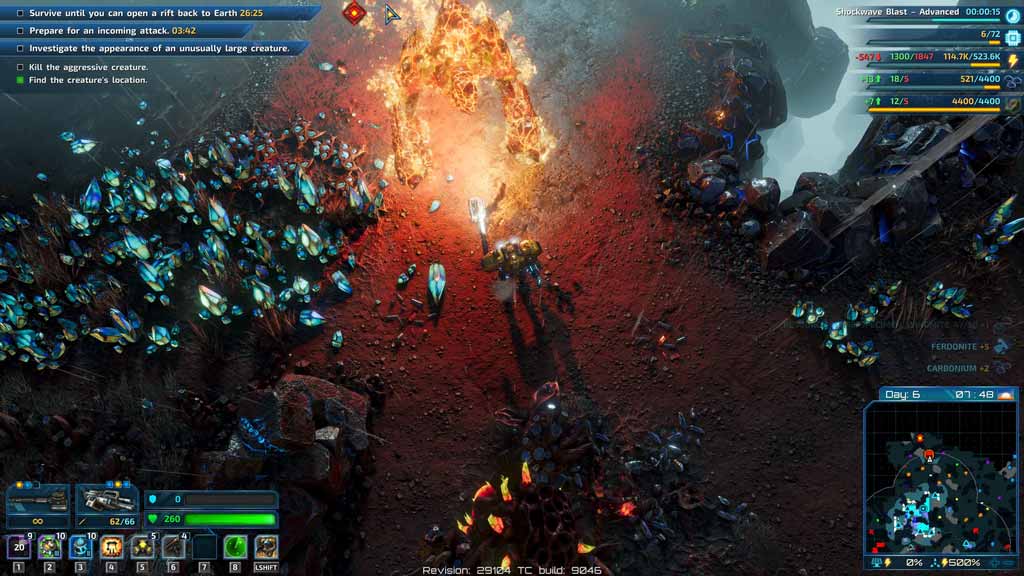 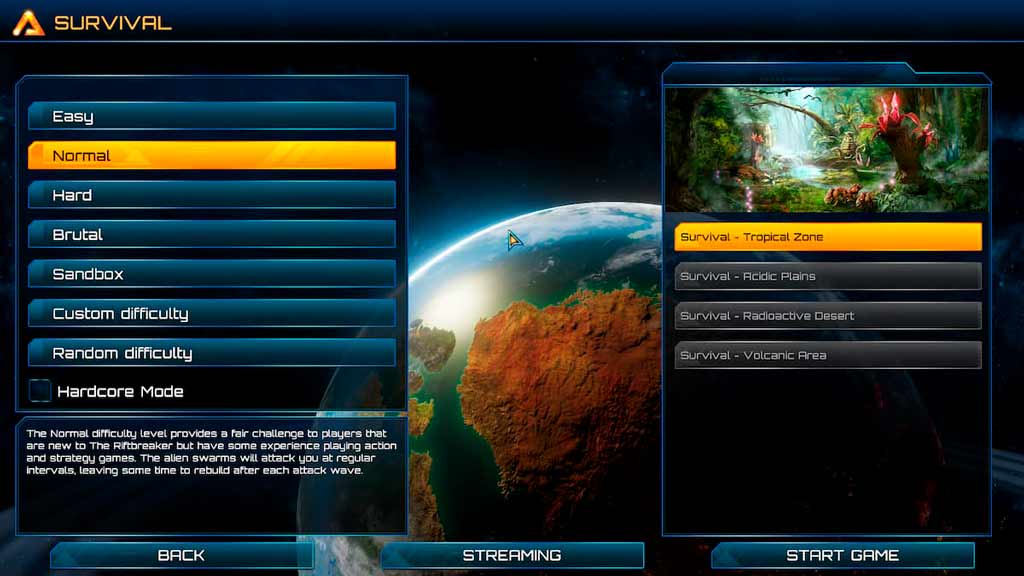 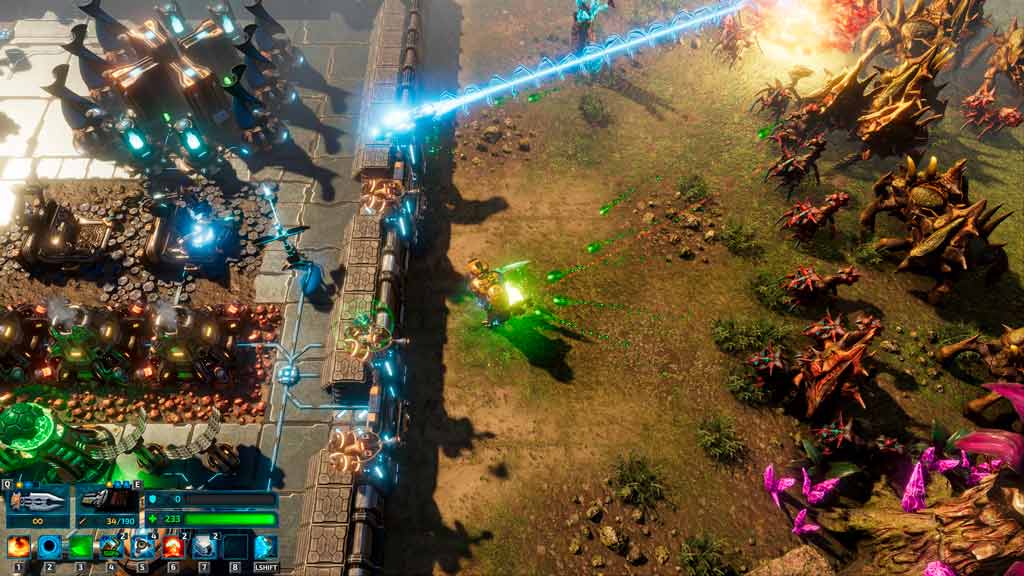 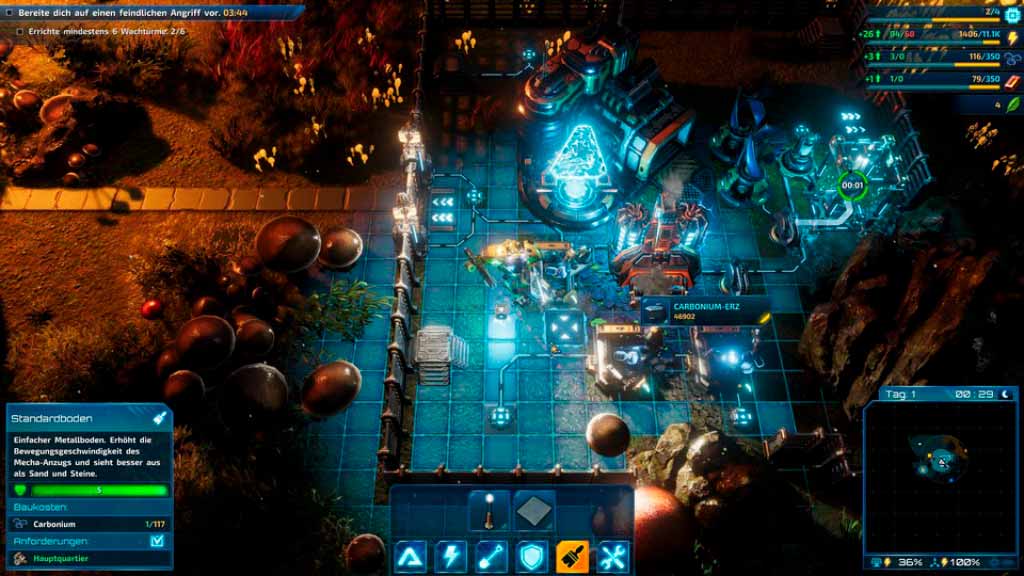